Train your mind with

Some of the best teachers

We host many teachers throughout the year 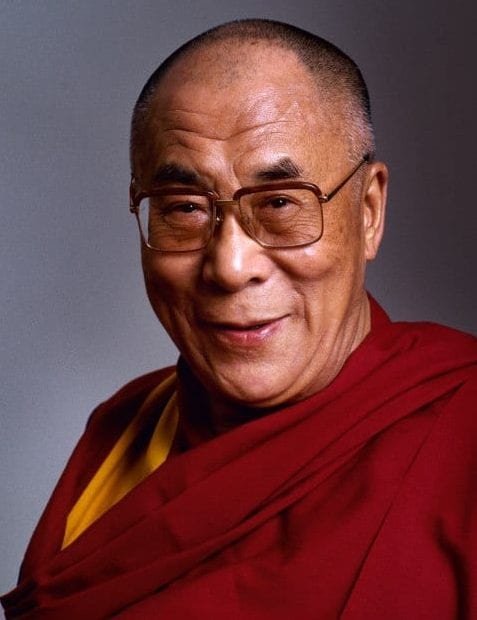 His Holiness the Dalai Lama, inspiration and guide of the FPMT

His Holiness the Dalai Lama frequently states that his life is guided by three major commitments:

His Holiness the 14th the Dalai Lama Tenzin Gyatso is the spiritual leader of the Tibetan people. He was born Lhamo Dhondrub on 6 July 1935, in a small village called Taktser in northeastern Tibet. Born to a peasant family, His Holiness was recognized at the age of two, in accordance with Tibetan tradition, as the reincarnation of his predecessor the 13th Dalai Lama, and thus an incarnation Avalokitesvara, the Buddha of Compassion.

While engaging in material progress and taking care of physical well-being we need to pay equal attention to developing peace of mind and thus taking care of the internal aspect of our being. 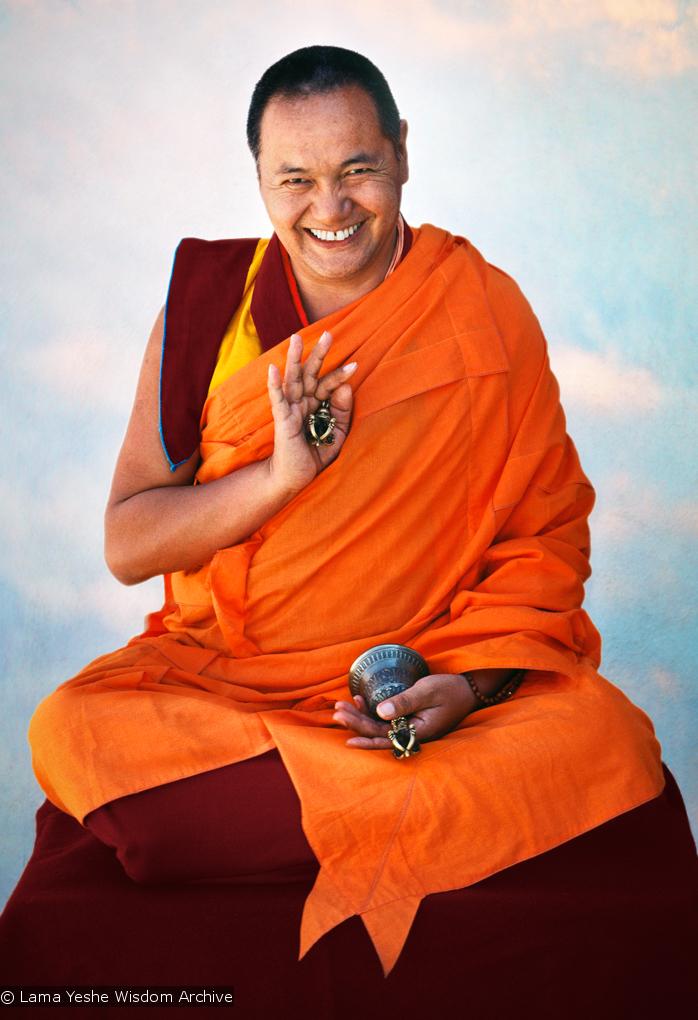 Lama Thubten Yeshe was born in Tibet in 1935. At the age of six, he entered Sera Je Monastic University in Tibet where he studied until 1959, when as Lama Yeshe himself has said, “In that year the Chinese kindly told us that it was time to leave Tibet and meet the outside world.” Lama Thubten Yeshe and Lama Thubten Zopa Rinpoche, together as teacher and disciple since their exile in India, met their first Western students in 1965.

By 1971 they settled at Kopan, a small hamlet near Kathmandu in Nepal. In 1974, the Lamas began touring and teaching in the West, which would eventually result in The Foundation for the Preservation of the Mahayana Tradition. Lama Yeshe passed away in March 1984 and Tenzin Osel Hita (born in 1985 in Spain) was recognized as his incarnation by His Holiness the Dalai. 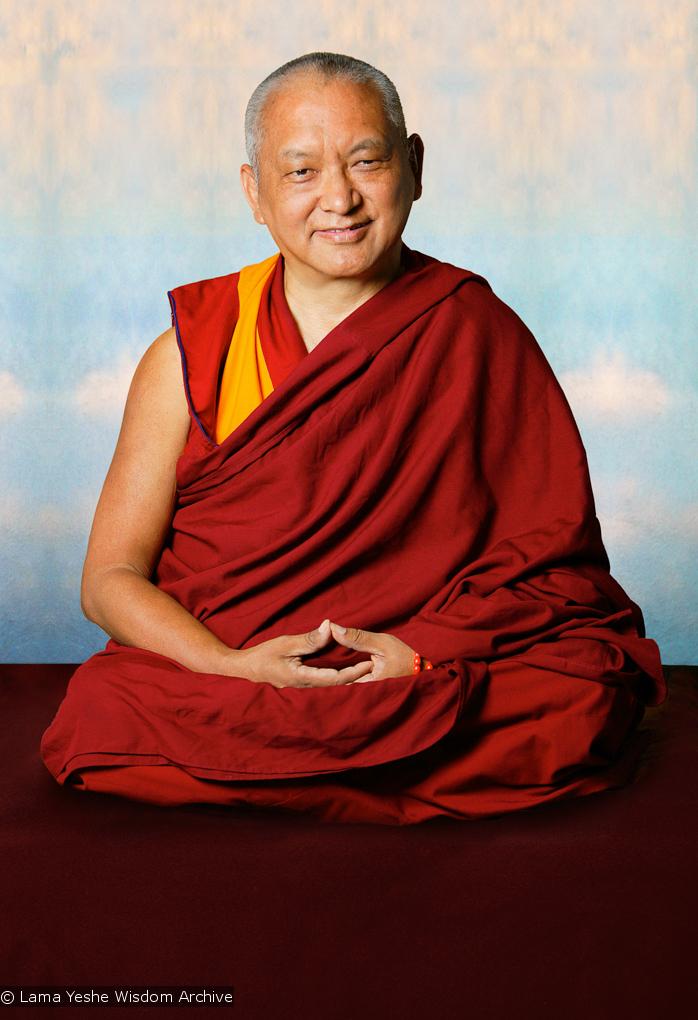 Lama Zopa Rinpoche is a Tibetan Buddhist scholar and meditator who for 30 years has overseen the spiritual activities of the extensive worldwide network of centers, projects, and services that form the Foundation for the Preservation of the Mahayana Tradition (FPMT) which he founded with Lama Thubten Yeshe.

Born in the Mount Everest region of Thami in 1946, Rinpoche was recognized soon afterwards by His Holiness Tulshig Rinpoche and five other lamas as the reincarnation of the great yogi Kunsang Yeshe. Rinpoche was taken under the care of FPMT’s founder Lama Thubten Yeshe, soon after leaving Tibet, in Buxa Duar, India, in the early 1960’s. Rinpoche was with Lama Yeshe until 1984 when Lama Yeshe passed away and Lama Zopa Rinpoche took over as spiritual director of FPMT. 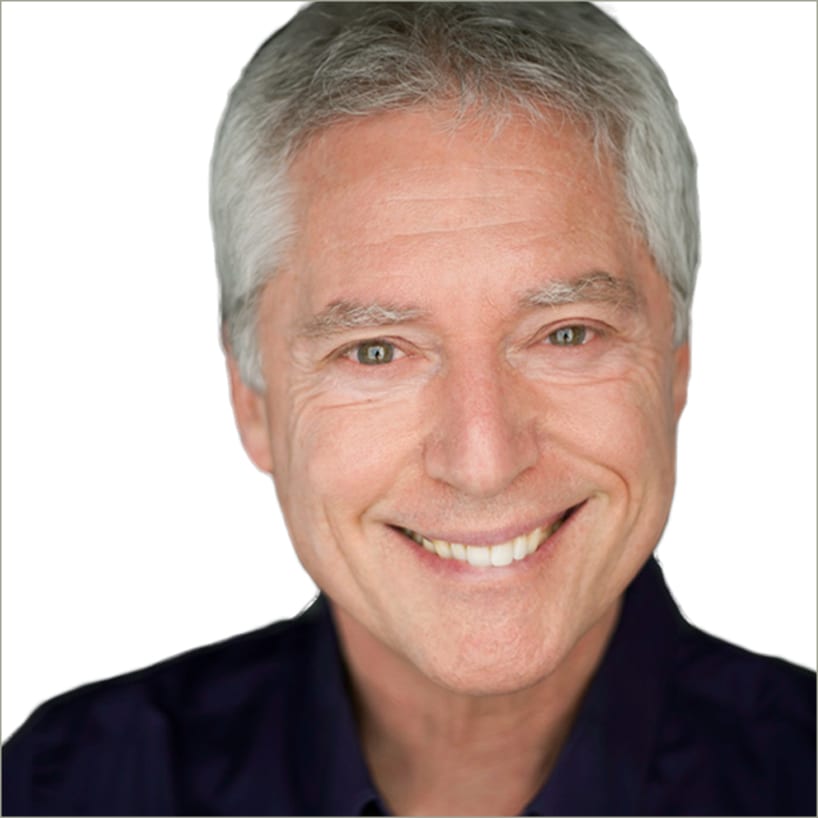 Dynamic lecturer, progressive scholar, and one of the most prolific writers and translators of Tibetan Buddhism in the West, B. Alan Wallace, Ph.D., continually seeks innovative ways to integrate Buddhist contemplative practices with Western science to advance the study of the mind.

Dr. Wallace, a scholar and practitioner of Buddhism since 1970, has taught Buddhist theory and meditation worldwide since 1976. Having devoted fourteen years to training as a Tibetan Buddhist monk, ordained by H. H. the Dalai Lama, he went on to earn an undergraduate degree in physics and the philosophy of science at Amherst College and a doctorate in religious studies at Stanford.

With his unique background, Alan brings deep experience and applied skills to the challenge of integrating traditional Indo-Tibetan Buddhism with the modern world. 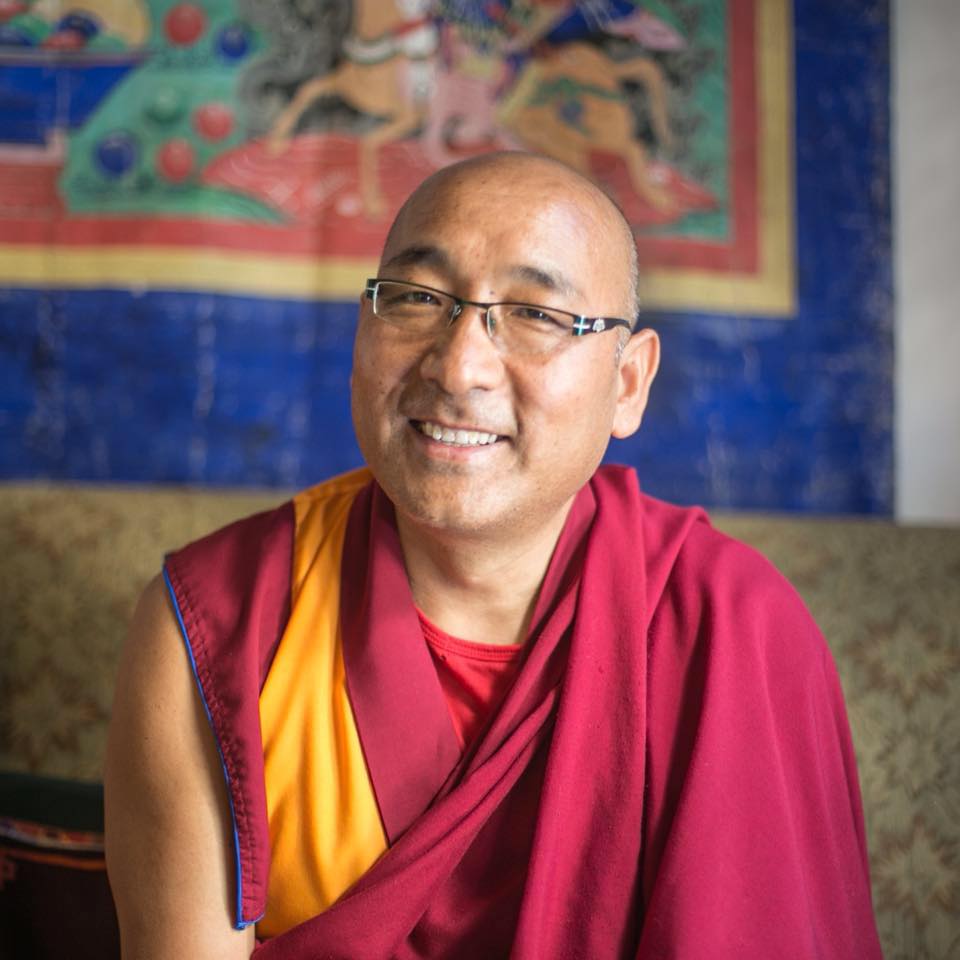 Geshe Sherab was born in Nepal to Tibetan parents, and received his education at Kopan Monastery, Nepal, the spiritual centre of the Foundation for the Preservation of the Mahayana Tradition (FPMT). He completed his studies at Sera Je Monastic University and at Gyume Tantric College in India. He has lived in the USA working at the FPMT Central office and several nearby Dharma Centres in Taos, New Mexico. He returned to Nepal after several years in the U.S.A. to become Headmaster of Kopan Monastery.  Geshe Sherab has retired from the Headmaster role in order to have more time to devote to meditation and to teaching internationally. For the last few years, he has been travelling and teaching at FPMT Centres in USA, Canada, Mexico, Asia and Europe. 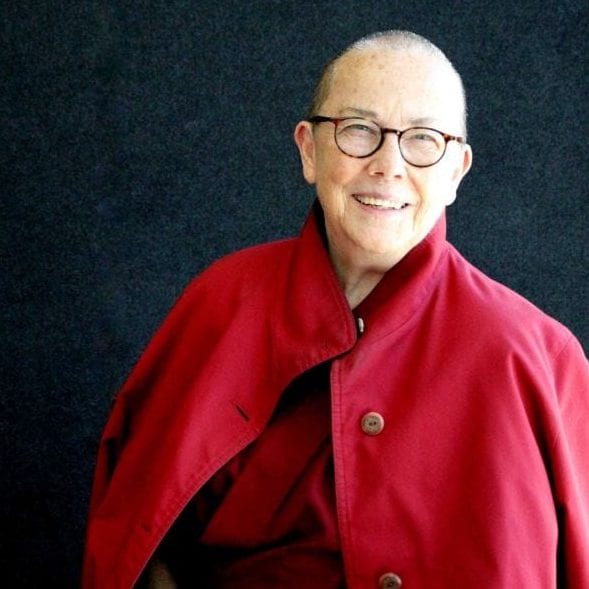 Ven. Robina Courtin, Australian-born Buddhist nun with a powerhouse personality. Her history has been one of extremes – from life as a hippie to self-declared communist to feminist before she was drawn to Buddhism.

Having initially trained as a classical singer she moved to London in 1967, where she lived for four years and became actively involved in the radical left, working mainly with a London-based support group for black and Chicano prisoners. In the early ’70s she became involved in feminist activism and returned to Melbourne in 1972 to work with other radical feminists. In her quest for a spiritual path, Robina also studied martial arts.

Later in 1976 Robina attended a Tibetan Buddhist course in Queensland and in November 1977 she travelled to Kopan Monastery in Kathmandu, Nepal for further studies and became a student of Lama Yeshe. In 1978 she was ordained as a Buddhist nun in Dharamsala, India. 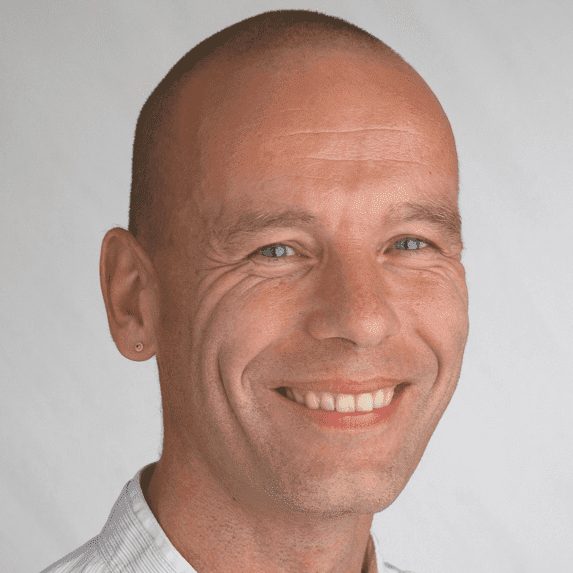 Stephan Wormland, born 1965 in Germany, has studied and practiced meditation in multiple traditions for over 30 years. He has a master’s degree in clinical psychology, trained in Gestalt therapy and worked for 8 years in a psychiatric hospital.

He lived as an ordained monk in the Tibetan tradition for 11 years and, during that time, served as the director of Nalanda Monastery in the south of France and spent a total of 5 years in group and solitary retreats. The main teacher of Stephan is Lama Zopa Rinpoche, the spiritual director of the Foundation for the Preservation of the Mahayana Tradition (FPMT). He has received teachings and guidance from great Tibetan Masters of the four schools like His Holiness the Dalai Lama, Sakya Trizin Rinpoche, Sogyal Rinpoche, Dzogchen Ponlop Rinpoche, Chökyi Nyima Rinpoche, Kirti Thenshap Rinpoche, Chogye Trichen Rinpoche and Choden Rinpoche. He has practiced and studied with foremost Western teachers like Peter Fenner, Alan Wallace, Rob Preece, Alex Berzin, Pema Chodron, Robert Thurman and Ken McLeod. He has been the resident teacher of the Center for Visdom og Medfølelse in Copenhagen for many years and currently teaches meditation in Buddhist Centers around Europe. Since 2009 he has been studying Radiant Mind with Peter Fenner and completed the Nondual Teacher Training and he is a program adviser of the Potential Project. 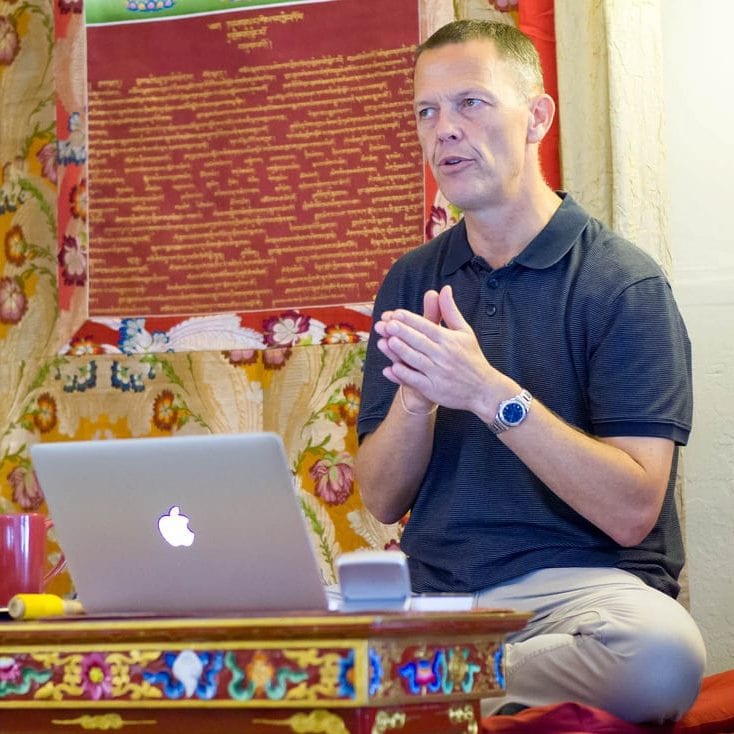 Originally from Australia, Glen has been a student and practitioner of Tibetan Buddhism since 1995 and graduated from the seven-year Masters Program in Advanced Buddhist Studies of Sutra and Tantra at the Lama Tzong Khapa Institute (Pomaia, Italy) in 2004. Since 2005 he has taught and led meditation retreats in India, Europe, North America and Australia with a teaching style emphasizing clarity and stressing the integration ​of philosophical ​view, meditation and daily life conduct. 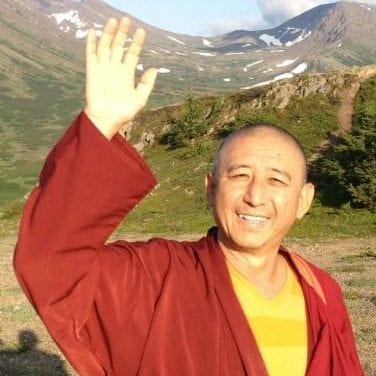 Geshe Thubten Soepa was born in Zanskar, India in 1955. At the age of fourteen he entered the monastery of Dromo Geshe Rinpoche in Kalimpong and at 19, he was sent to Sera Je Monastic University in South India.

Geshe Soepa took his novice vows before Serkong Tsenshab Rinpoche and his full vows before Kyabje Ling Dorjechang, the 97th head of the Gelug tradition (Tib: Ganden Tri Rinpoche). He also received many teachings and initiations from them, as well as from Ganden Zong Rinpoche. He attained the lharumpa geshe degree at Sera Je in 1997.

After three years as resident teacher at Dzongkha Chode monastery, Lama Zopa Rinpoche invited Geshe Soepa to be the resident geshe of Aryatara Institut in Munich, Germany, where he taught for ten years.

Geshe Soepa has travelled extensively in Europe and the United States, and teaches at many FPMT centers around the world. He is respected for his teachings on cherishing animals and is well known for his advocacy of animal rights and his stance on leading a vegetarian life. 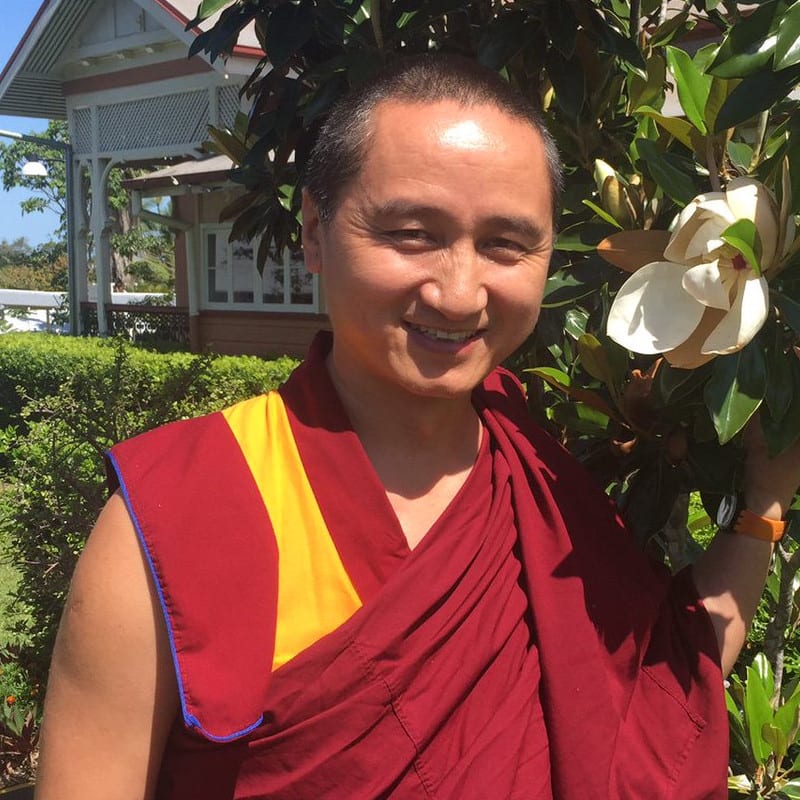 Geshe Tenzin Zopa holds a Geshe degree from Sera Je Monastic University, South India. He was ordained at the age of 9 by Geshe Lama Konchog, received novice ordination from Geshe Lundrup Sopa Rinpoche and full ordination from His Holiness the Dalai Lama .

Geshe Tenzin Zopa possesses vast scriptural knowledge and has extensive teaching experience. He has also completed many retreats including a 6-months Highest Yoga Tantra retreat with the late Geshe Lama Konchog and is very skilled in rituals, astrological observations and religious dance.

Geshe Tenzin Zopa served as the Resident Geshe at Losang Dragpa FPMT Centre and was instrumental in establishing FPMT’s Basic Program. He also served as the Dharma advisor to Kasih Hospice Care Society and retreat centre Rinchen Jangsem Ling Dharma Society, both under the FPMT network.

Projects undertaken by Geshela included taking responsibility for the temporal and spiritual development of Rachen Nunnery and Mu Monastery, Tsum, Nepal and supervised the completion of the 1000 Buddha Relics Memorial Stupa at Kopan Monastery, Nepal.

In an effort to introduce Buddhist values and teachings on life, death and reincarnation, Geshe Tenzin Zopa played a pivotal role in the documentary “Unmistaken Child” and participated in “Forbidden Journey to Tibet”. 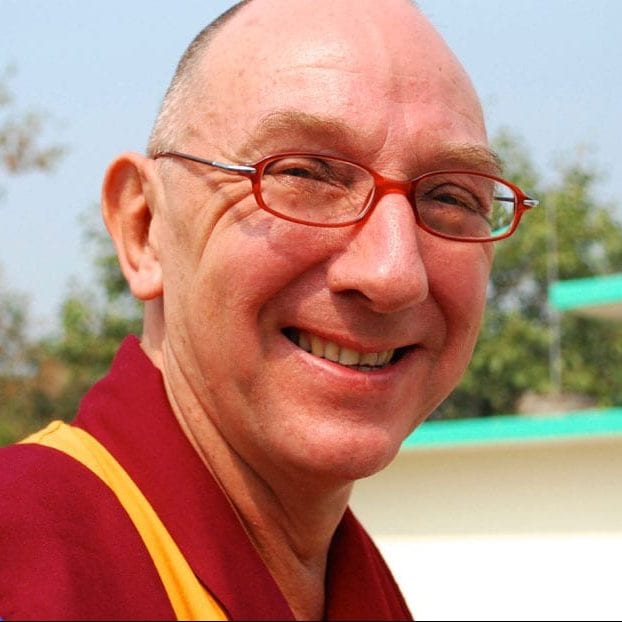 Venerable Lobsang Namgyel, of Australian nationality, has been living in India and Nepal studying Buddhism for more than 20 years with such masters as H.H. the Dalai Lama, Denma Locho Rinpoche, Choden Rinpoche and Geshe Sonam Rinchen.  He has completed four years of lam-rim retreats, as well as many tantric retreats. During his more than twenty years in Buddhism, Venerable Namgyel has taught at various FPMT centers around the world. Venerable Namgyel had the honour of being the attendant and tutor to Lama Osel Rinpoche for nearly one year in 1990, helping with Tibetan prayers, memorising and English language. 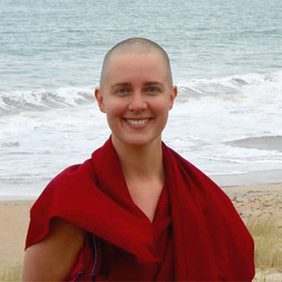 Venerable Lozang Yonten studied intensively in Australia, at Chenrezig Institute from 2002–2009, completing their Buddhist Studies Program then continued to study, retreat and offer service at Dharma Centres in India, Taiwan, Australia and New Zealand, becoming an in-depth registered teacher within the Foundation for the Preservation of the Mahayana Tradition (FPMT).

Currently, she is an FPMT touring teacher and retreat leader, as well as teaching one 4-month-semester each year in Israel – as a member of the Buddhist Faculty at a Buddhist Psychoanalytic Training Program called Human Spirit’s in Israel, as well as with Shantideva Study Group in Israel.

She was the Resident Teacher of Kunsang Yeshe Retreat Centre in the Blue Mountains of Australia 2011–2014. Then as teacher-in-residence six months of the year at Mahamudra Centre in New Zealand, until February 2018.